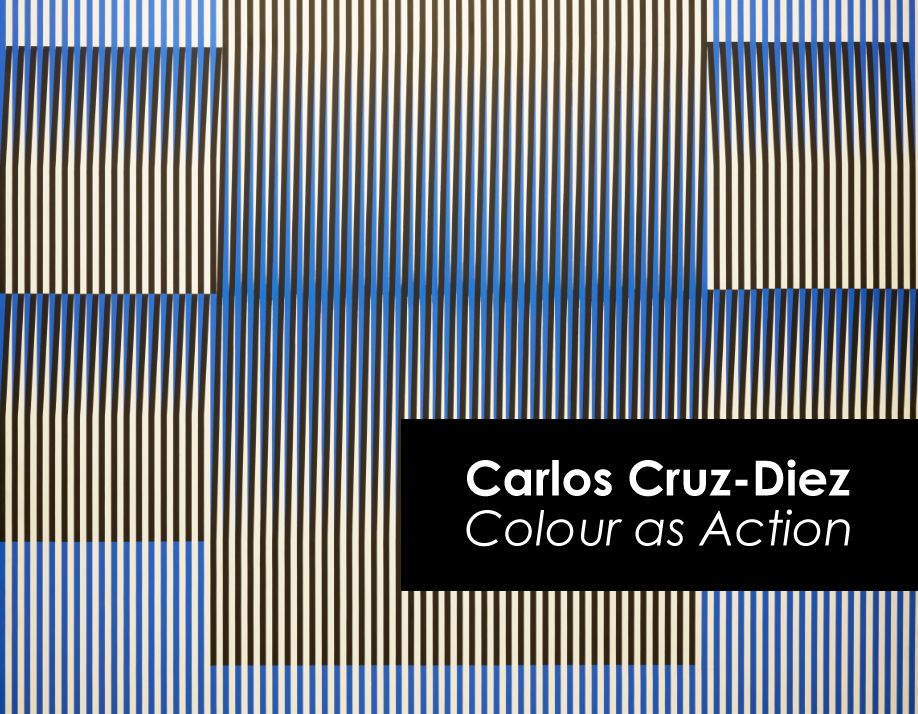 Galería Cayón presents the fifth solo show of Carlos Cruz-Diez (Caracas, Venezuela, 1923-Paris, France, 2019) at the gallery. It is the most special exhibition since Cayón began to represent the artist almost a decade and a half ago, since it is the first after his passing in the summer of 2019 at the age of 95.
It is also one of the most ambitious exhibitions conceived for a gallery by the creator, as it is made up of a long score of works made between 2008 and 2019, a period considered by Cruz-Diez as his most fertile, as he always said that he had found in these recent times – and after half a century researching and adding technical means and advances – the chromatic subtlety that he had been looking for with determination since 1959.
The exhibition can be considered a compendium of the lines of work that defined his production. Cruz-Diez was clear that demonstrating the “autonomy of color” could only be done, with the didactic and scientific toil that always characterized him, by various work paths, all equally valid and important, indeed, all essential.
All these works have an exclusive purpose that, however ambitious, can only be singular. In the artist’s words in his last interview, a few months before his passing:
“[At the beginning of my research] I understood that color is never a certainty, it is always circumstantial. Then the chromatic phenomenon revealed itself to me as an autonomous reality that continually evolves in time and space. My works transcend them, because in them color becomes a present moment, without past or future”.
With this exhibition Carlos Cruz-Diez manages to show us that color is an autonomous entity that we have to not only see (because we rarely pay attention to it properly), but with which we must learn to live together and which we must feel.

In recent years, Carlos Cruz-Diez received the National Order of the Legion of Honor (2012), participated in the 2014 Liverpool Biennial and was awarded the Turner Medal (2015) and the International Trebbia Prize (2016). His work has been recognized in numerous exhibitions around the world, with the latest exhibitions of him in China (held between 2010 and 2014) being the most visited.
His work is part of the collection of prestigious museums such as The Tate Modern, London; The Museum of Modern Art (MoMA), New York; the Georges Pompidou Art Center, Paris; the Musée d’Art Moderne de la Ville de Paris, Paris or The Museum of Fine Arts, Houston, among many others. Carlos Cruz-Diez will represent France at the 2020 Dubai World Expo, which was suspended last year due to the pandemic and will open in October 2021.
Recently, between March and June, the Museo Nacional Centro de Arte Reina Sofía in Madrid has holded “The Weight of Form” a show that displays part of his output in the field of graphic design in the years spanning until 2015.
On the occasion of this exhibition, a catalog has been published that includes the last interview with the artist a few months before his death. In it, led by the famous curator Jérôme Sans, Cruz-Diez covers more than 50 years of his creation and gives the keys to his work and his research on color. Sans, born in 1960, has curated more than 300 exhibitions, was the co-founder of the Palais de Tokyo (Paris) and has developed his career between Europe, the United States and Asia.