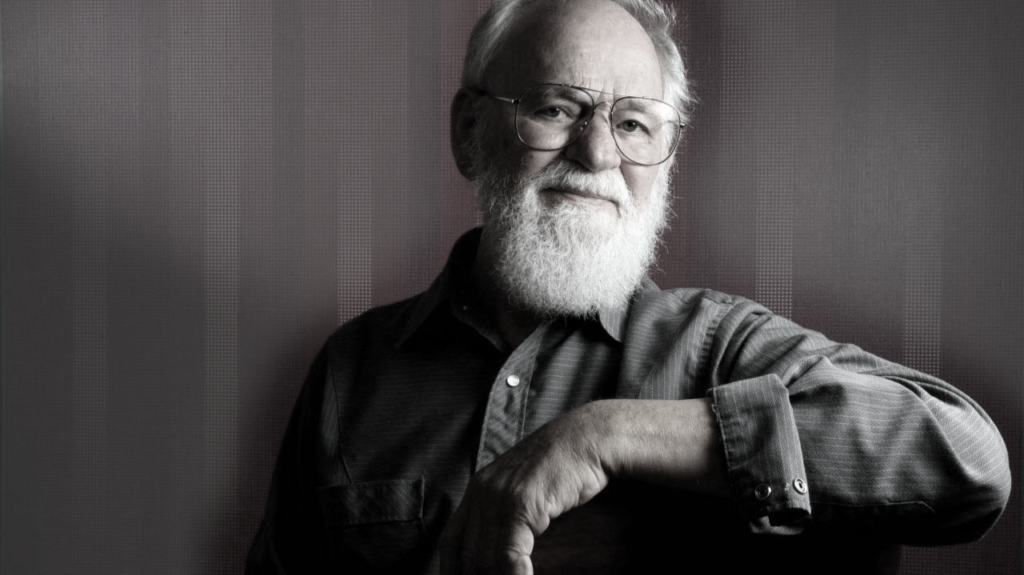 Julian Stanczak was a Polish-born American painter best known for his contribution to the Op Art movement. Using vibratory lines and complimentary color schemes, he created sophisticated optical effects. Similar to the works of Bridget Riley and Richard Anuszkiewicz; his precise geometric elements are blurred by layers of transparent color. “The primary drive of colors is to give birth to light. But light always changes; it is evasive,” he once said. “I use the energy of this flux because it offers me great plasticity of action on the canvas.” Born on Novemeber 5, 1928 in Borownica, Poland, he contracted encephalitis in a Siberian work camp at a young age, permanently damaging his right arm. Escaping at age 14, with his right arm no longer functioning, the artist learned to paint with his left hand. After World War II, Stanczak traveled to London, before emigrating to Cleveland, OH in 1950. He received his BFA from the Cleveland Art Institute and his MFA from the Yale University School of Art in 1956. Later, the artist taught painting at the Art Academy of Cincinnati between 1957–1964, and at the Cleveland Institute of Art from 1964–1995. His students included artists April Gornik and Dana Schutz. The artist died on March 25, 2017 in Seven Hills, OH. His works are in the collections of the Art Institute of Chicago, The Museum of Modern Art in New York, the Carnegie Museum of Art in Pittsburgh, the National Gallery of Art in Washington, D.C., and the Museum of Fine Arts in Boston.