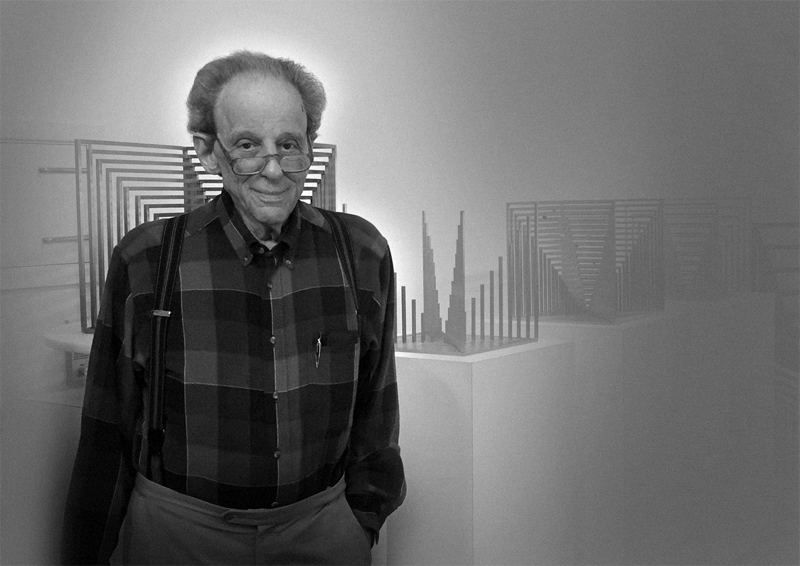 Born in Dallas on April 27,1930 to Fannie R. and Meyer J. Rachofsky; Morton grew up in South Dallas. He graduated from Forest Avenue High School and continued his education at Texas A & M University where earned a BBA.
After serving in the United States Army in Korea, Morton began a 50+ year career in Dallas real estate and also creating art and sculpture. He loved working in geometric rearrangeable sculpture. His works can be found in numerous private collections as well commercial installations at Chaparral Steel, the Belo Mansion, the Madi Museum, Legacy Willow Bend, the Chai House and other corporations in Dallas.
His venture into art which began with sculptor Octavio Medellin at the Dallas Museum of Fine Art, led him to begin the Texas Sculpture Association of which he served as Founding President, Director.
His work is re-arrangeable geometric sculptures which from a mathematical formula and in true MADI tradition, he experiments with multiple combinations and variations. Predominantly working in stainless steel structures, the ordering and logic of the pieces reveal the artist’s analytical mind.