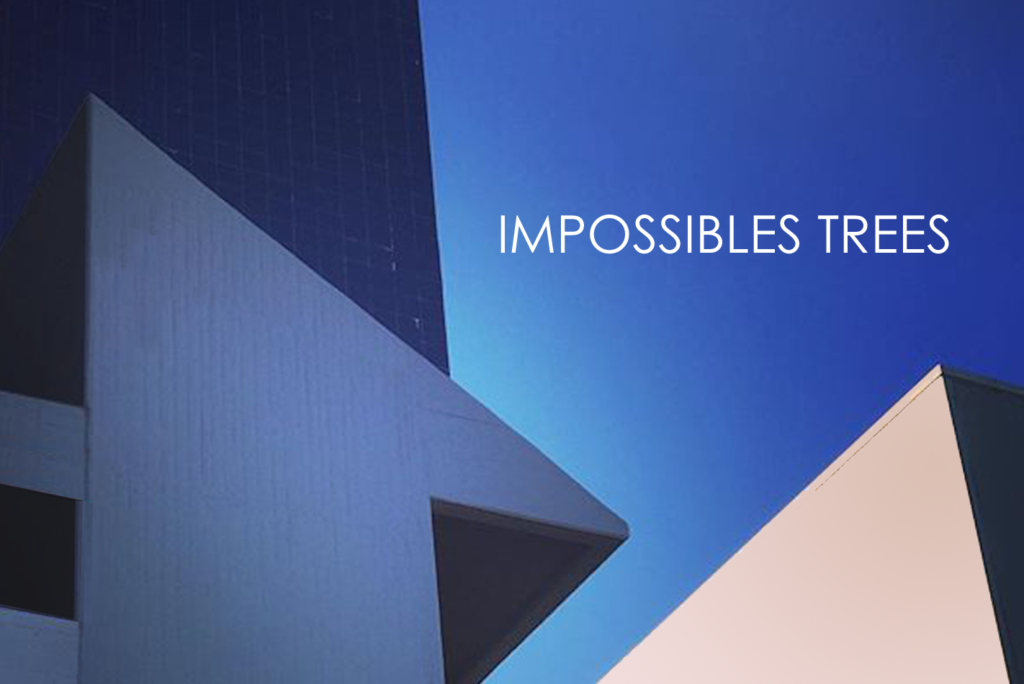 Impossible Trees is the first single from the new album by UK electro pop artist Tobias Zaldua.
It’s like quick silver on first listen, the melody seems to slip through your fingers at the exact point that you start to hook into the tune. The tune only fully reveals itself in the last few bars.

On second listen it’s like the blueprint is now lodged in your mind and it all clicks into place, the previously oblique sometimes opaque structure of the song reveals itself and suddenly everything makes sense. Energy, rhythm and movement are painted with almost no beats creating a sense of light and space.
The track is built on a strict repeated geometric incremental pulse that gradually transforms into a full melody. Each section adds a few more single note textures, some sampled sounds and others that are clearly 80s keyboard presets. Each one note sound plays a specific part in building the full melody. The only exception to this is a four chord piano refrain that drifts in and out during the second part of the track. Perhaps it would have been a purer vision without it but still it’s intriguing how it’s an entirely different listening experience once you know the shape of the song.
Preset synth sounds tend to act like primary colours, here they stand against the colder, darker and constant, textural sounds. These bright shimmering primary colours when juxtaposed with the sampled textures are like building on the horizon, suddenly more striking than the bright red sunsets they are set against.

Minimalist in essence the textures and colours are gradually added until it sounds like a lavish production despite the limited elements, each sound fills up a particular sonic space with the vocal inflections carrying you through from a dark sky pulsing with stars,dark hills under a full moon to wide open sunlit skies and impossible trees growing out of street paving and buildings as impossible dreams grow in your mind.
According to the accompanying release notes the song was written on piano but then each note was allocated one synth or sound sample and this is how the melody is built in small incremental fragments. Apparently the opening pulse loop represents staring at the sky in Portugal in the early hours looking for shooting stars from the Perseid Meteor shower.
For my taste I prefer listening to this on headphones, there’s an intimacy to the vocals that works better in close quarters.
Impossible Trees is released on all the major platforms by Wellhead Records, a label based in the UK.
Impossible Trees is out now with remixes to follow. The new album is due out April 2020.

Tobias started recording in the late 90s releasing several lo-fi electropop albums under the band name terry nation. His debut solo album “Is Silver a Shiny Grey?” was released in 2013 on Wellhead Records. He has worked with acclaimed dance vocalist Kirsty Hawkshaw on the “Let it go” EP and collaborated with Tokyo based Drum and Bass artist Nave on “Like Scripture” (2015) for NNN Records and “False Hope” (2018).