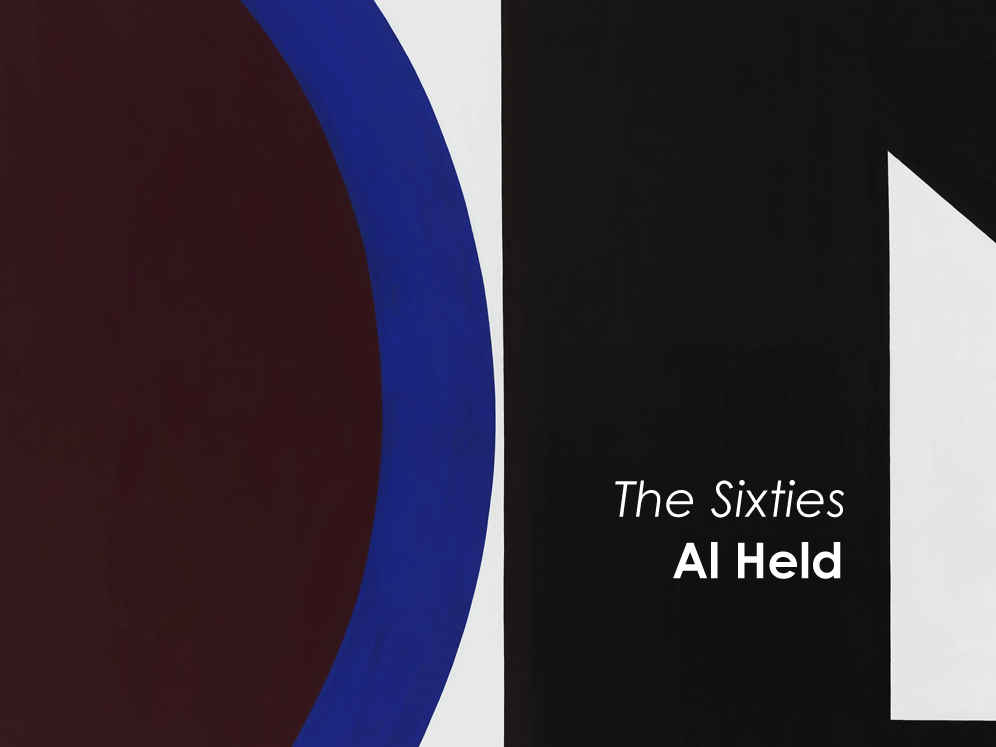 White Cube presents an exhibition by Al Held (1928−2005), the first solo presentation of his work in London since 2008. Focusing on paintings made in New York during the 1960s, the selection includes key works which exemplify Held’s unique exploration of hard-edge geometric abstraction. Featuring large-scale paintings and works on paper, the exhibition reveals the artist’s dedication to developing his own distinctive graphic language. As the poet Frank O’Hara saw it, Held was ‘one of the most controversial and powerful painters’ working in New York at that time.
The Sixties were a decade synonymous with an explosion of new styles and ideas aimed at expanding consciousness and bridging the gap between aesthetics and technology. During this period, Held became widely recognised for his individual approach to abstraction, leading fellow painter Alex Katz to comment of his 1960s works: ‘Some of them are as good as anything painted on the planet at that time.’ Held’s rigorous exploration of hard-edge geometry to distil the decade’s tumult into elemental forms and relationships resulted in two of his most well-known bodies of work: the ‘Alphabet’ paintings (1961–67) and the ‘Black and White’ paintings (1967–78).
Held began making his ‘Black and White’ paintings in 1967 and continued the series over the course of the next 12 years. Rejecting colour, he departed from a key tenet of modernist painting: Clement Greenberg’s dictate that avant-garde painting must appear flat. Held’s bold expansion of volumetric depth as a means to build more complex visual structures created a paradigmatic shift, garnering both critical acclaim and outright rejection when they were first publicly exhibited in New York in 1968. Orthodox modernist critics deemed him an apostate, while a younger generation of artists immediately recognised the new possibilities offered by these paintings.
Al Held was born in Brooklyn in 1928 and died in Todi, Italy in 2005. He exhibited extensively throughout his career including solo exhibitions at Stedelijk Museum, Amsterdam (1966); San Francisco Museum of Modern Art and Corcoran Gallery of Art, Washington DC (1968); ICA, Philadelphia (1968); Contemporary Arts Museum, Houston (1969); Whitney Museum of American Art, New York (1974); and ICA, Boston (1978), among other museums. He produced major public artworks in prominent cities around USA including Philadelphia, Washington DC, New York and Orlando. Held’s work features in many museums and public collections including those of the Metropolitan Museum of Art, New York; Museum of Modern Art, New York; National Gallery of Art, Washington DC; Neunationalgalerie, Berlin and Kunstmuseum, Basel.