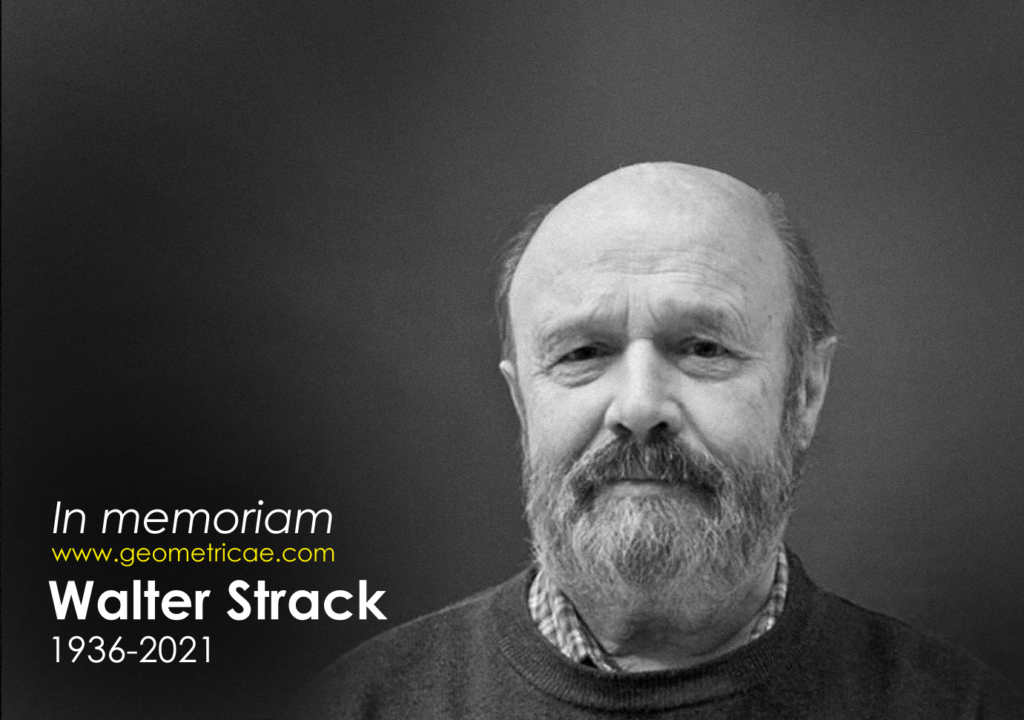 Walter Strack was born in France to Swiss parents. He studied at the Kunstgewerbschule Zurich (where Yaacov Agam had also studied) under the direction of Johannes Iten. The Kiki Gallery Zurich offers him his first exhibition at the age of 21 years. His first Tachist style is influenced by American painting. After the war, he moved to Paris where he was noticed in 1961 by the American gallery Neufville in which he exhibited his works alongside those of Ellsworth Kelly and Joan Mitchell.
Then, attracted by pop art, he changed his style in the mid-sixties and created paintings of silhouettes of women striped oblique with very bright colors. In 1966, he represented Switzerland at the XVII Mostra Internazionale d’Arte “Premio del Fiorino” in Florence.
At the end of the sixties, he abandoned the silhouettes of women to move towards geometrically constructed painting. Squares with tiny gaps occupy and animate the canvas with a feeling of movement. Since 1997, Strack’s works have been composed of closely spaced elements, called “tableau-reliefs”.
Without being rigorously mathematical, his spontaneous impulses lead him to group the offbeat elements to achieve balance. This process is rather unusual for a constructivist, but it allows him to give a certain poetry to his works. He knows the art of assembling the elements into a subtle choreography. The blue and the red conjure a particular atmosphere. Gray for noble tone and gravity. These three colors are now the ones he uses exclusively in his works.