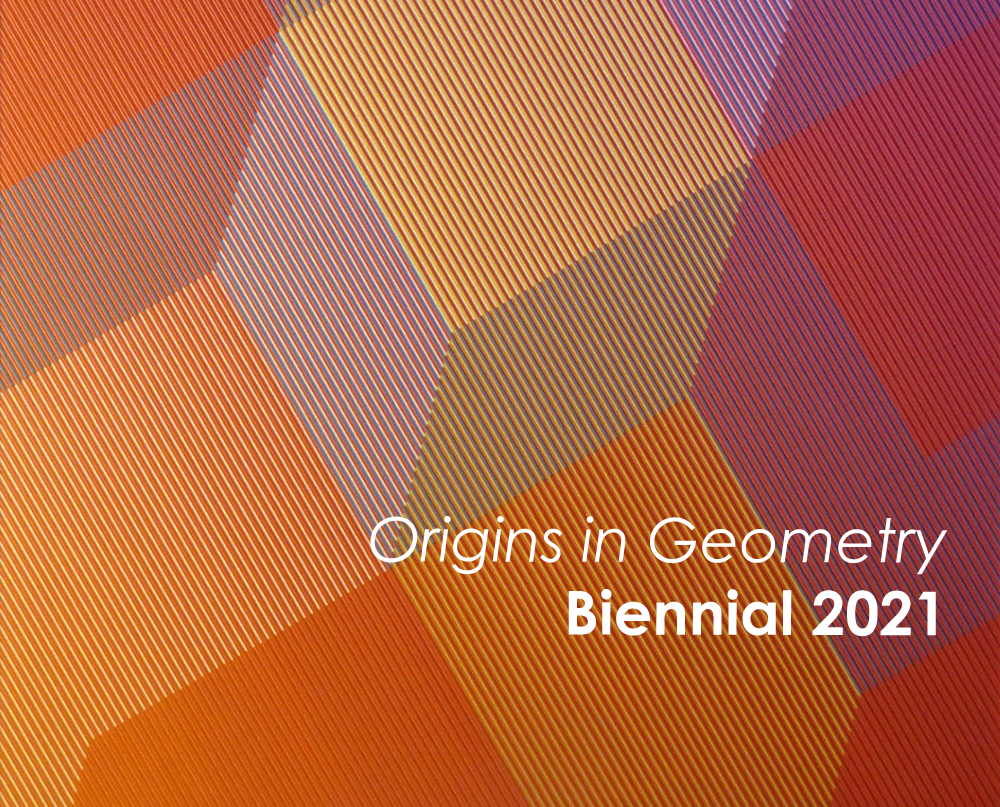 The driving force in selecting work was to present a range of approaches and media and to engage a transnational dialogue between works hailing from different parts of the world. Entries were submitted from throughout the US as well as internationally from Latin America, Europe and Australia.
The 32 artists in this exhibition were selected based on creativity and concept of work but also with regard to assembling a cohesive exhibition displaying a diverse yet parallel expression of spatial concerns. The exhibition presents an array of paintings and sculptures assembled from an abundance of materials such as glass, steel, wood, felt, stone, and cardboard, as well as new technologies such as 3D printing.
Throughout the ages, from the refined complexity of Islamic patterning to the rigorous structures of contemporary Western art via ancient Greece and many other civilizations, geometry as a method of spatial organization in art has exerted a strong hold on visual culture. Today it continues to shine through transcultural generations of artists who feel compelled to engage with its vast lexicon. The exhibition demonstrates once again the extensive and international nature of geometric and MADI art, and its ongoing vitality in contemporary artistic practice.